Stadium: Grorud Kunstgress – Att: 1.455
Match: Norwegian Cup 01. May 2018. Grorud IL (3.tier) – Vålerenga IF (1. tier) 0-1 (0-1) Goal: Carvalho (see video below)
Comment: 2. round of the Norwegian Cup. Grorud IL made an heroic effort against Vålerenga. Things could have been different had the homeside scored on a penalty early in the match, but Vålerenga keeper Sandberg saved it. The match was alive right to the end. Ascrappy performance by Vålerenga, but they are through to the next round
Region: Oslo –  Norway 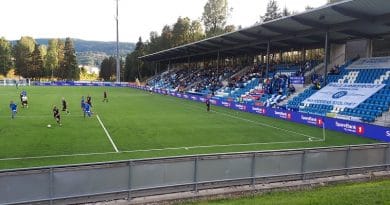 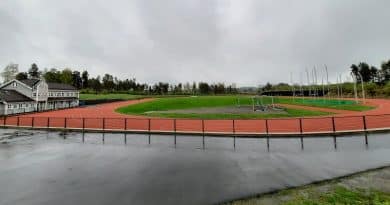 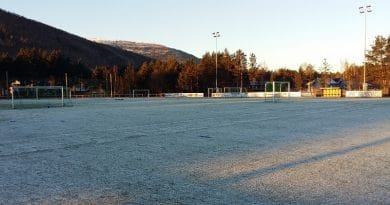