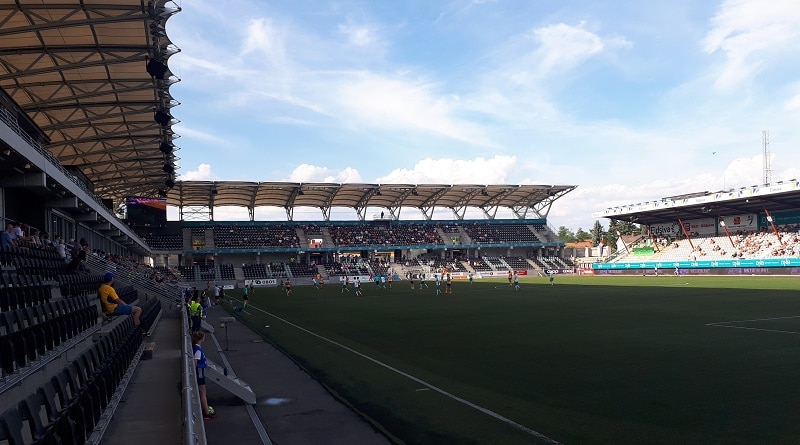 Info: The old main-stand at Briskeby was demolished in the autumn/winter 2022/2023. There will be build a new stand which is expected to be completed in the autumn 2023. The capacity will temporarily be reduced to about 5.000. When the renovation is completed, Briskeby Stadion will have a capacity of about 6.500. The new stand will have a huge section of offices, housing a police-station (!). The design has been heavily criticized by the supporters. There is still not decided what will happen with the last part of the stadium, where the old club-house still waits do be demolished.

Two inform-teams met on an extremely hot day on Briskeby Stadion in Hamar. The temperature pushed 30 degrees celsius. In the heath, the homseide wanted it the most. In truth it was a scrappy match, but one should not expect too much given the extreme temperature. Jerv dominated the second half, but struggled to create clear cut chances. In the end a deserved victory for HamKam. Briskeby Stadion is a pleasent arena and certainly well worth a visit! 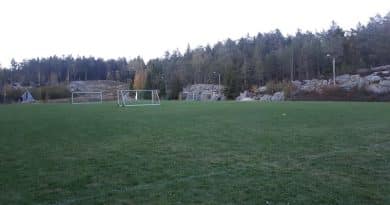 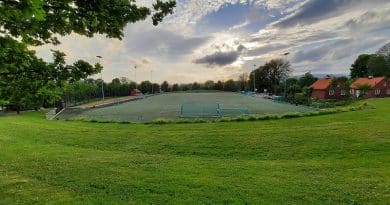 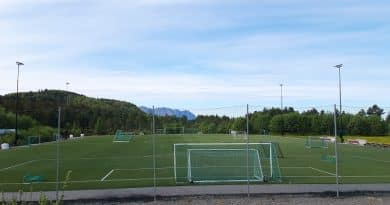