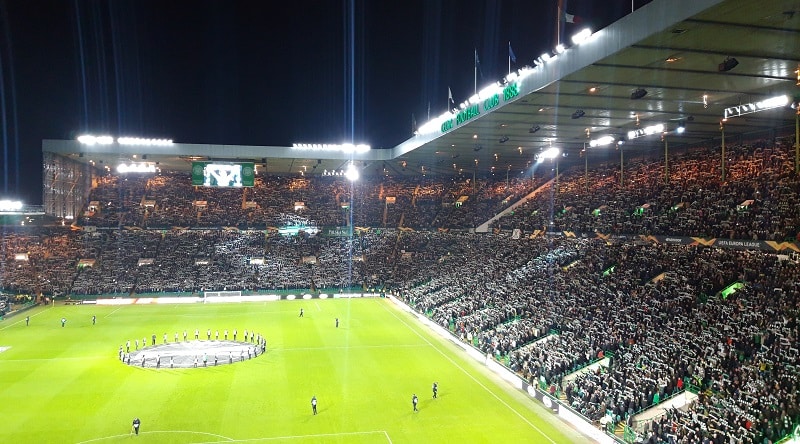 For many years I have been looking forward to visiting Parkhead in Glasgow. The home of Celtic FC is simply called “The Paradise” among the supporters and the amazing atmosphere is widely known. This is a club and a city were football and religion go hand in hand and Celtic have strong bonds with Ireland and the Catholics.

The atmosphere and tension in the pub prior to the match, was second to none. These guys really love and enjoy their many songs. When you enter Celtic Park and they play “You will never walk alone” prior to kick-off, the goosebumps are there! Fantastic atmosphere and I was really ready for a great match of football!

On the pitch it was frantic and the players fought for every ball. Both the Lazio and the Celtic supporters went all-in. Lazio went in front shortly before half-time after a nice move. Celtic came strong after the break with the crowd behind them.

I have to say that based on atmosphere, this match rank very high on my list of matches. Celtic Park went absolute mental when Jullien headed home the winner in the last minute of ordinary time.