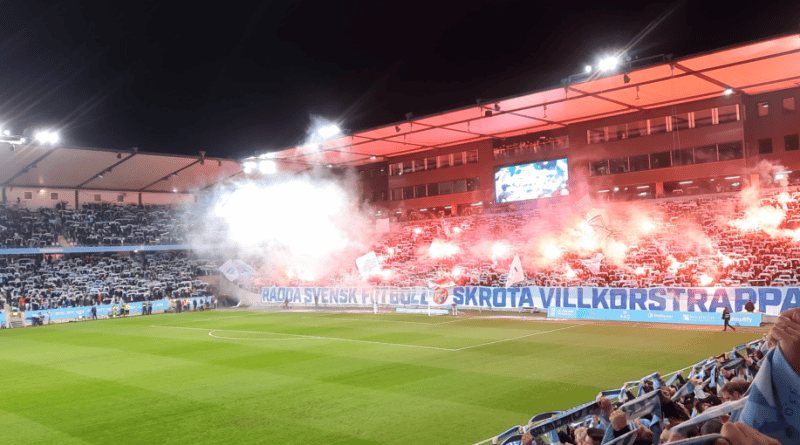 Malmö FF moved to the Eleda Stadion from their old, nearby home Malmö Stadion, in 2009. The new stadium is a modern and compact football stadium, perfectly sized for a club like MFF.

The Malmö FF – AIK showdown is one of the most prestigious matches in Sweden. The capitol vs the third largest city and two clubs with a rich history.

I visited Malmö during the final stages of the season. Both clubs were still in the hunt for the championship, so there was everything to play for. The stadium was close to sold out and both sets of supporters contributed to a fantastic atmosphere. Prior to the start of the match, they fired up a nice tifo and pyro show and during the match there were also a lot of pyro firing. On the pitch it was an even affair, but the hosts were the only team to find the net. It ended 1-0 and eventually Malmö went on to clinch the title some weeks later.

In the stands there was dramatic scenes after the match, as disappointed AIK fans wanted to attack the Malmö supporters. See video 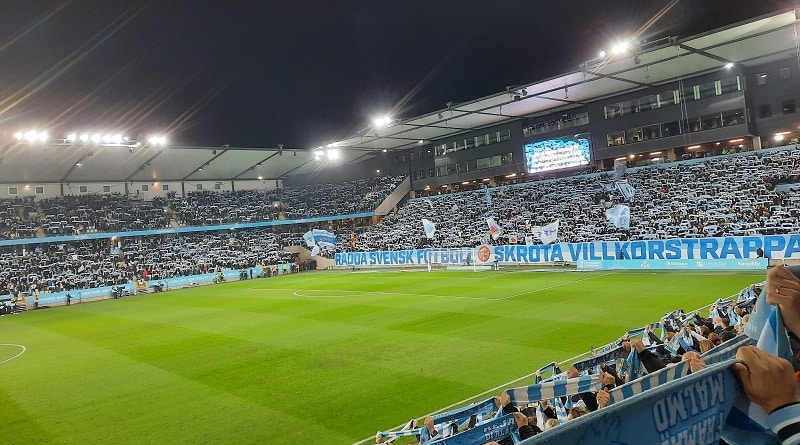 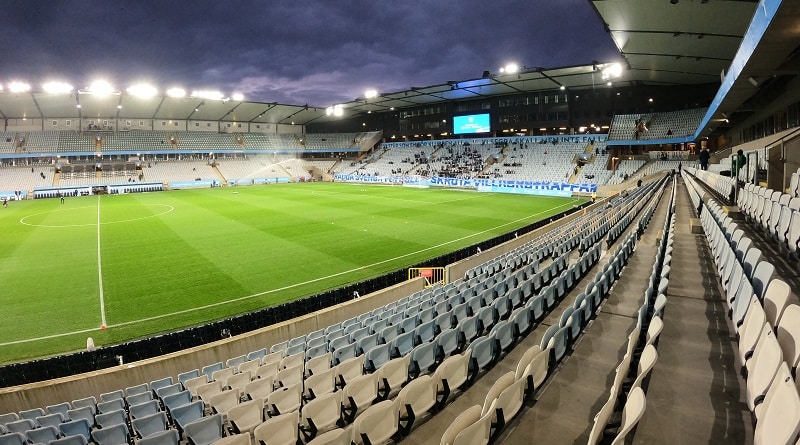 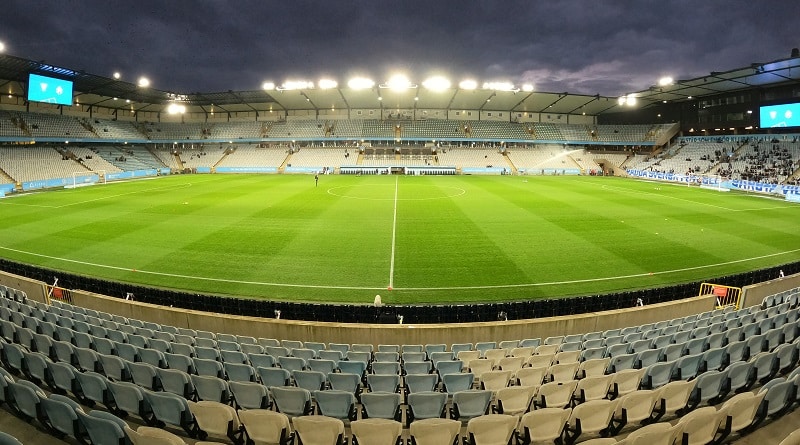 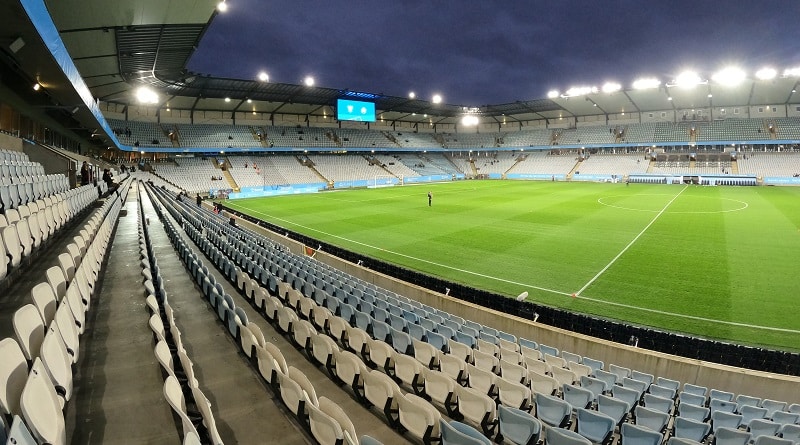 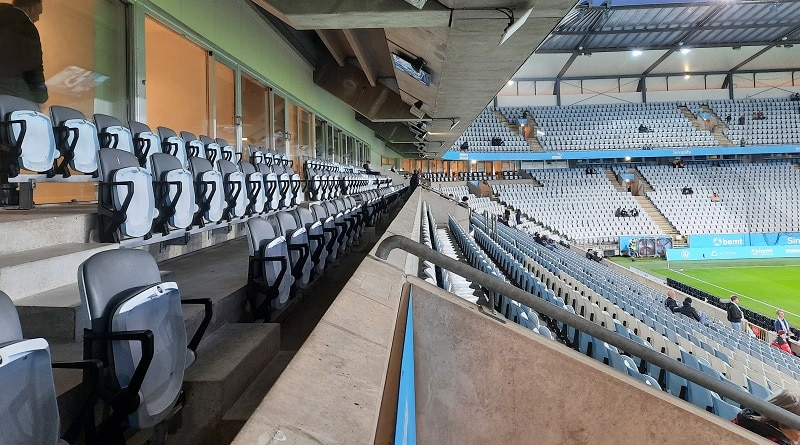 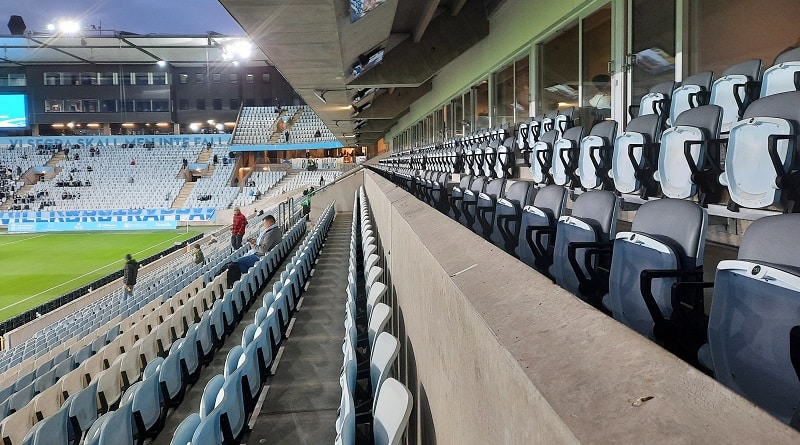 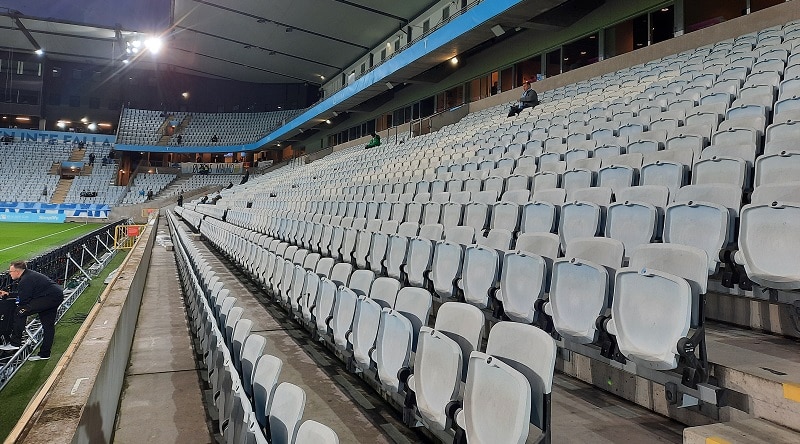 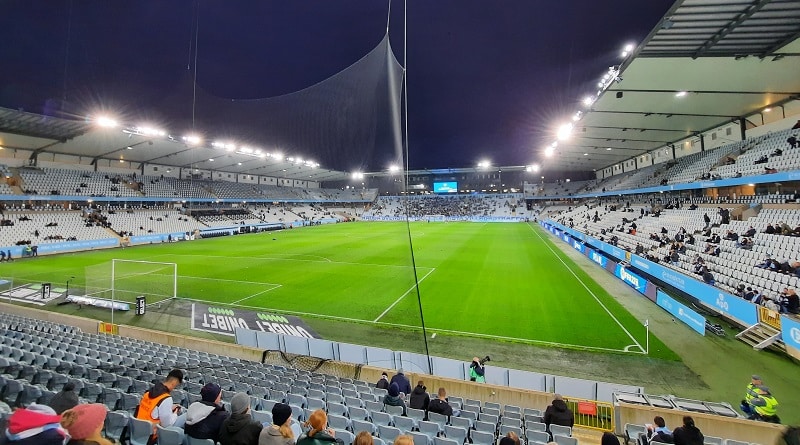 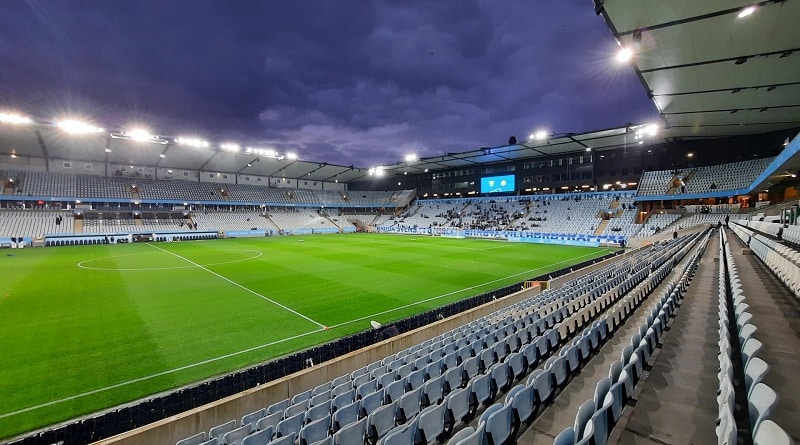 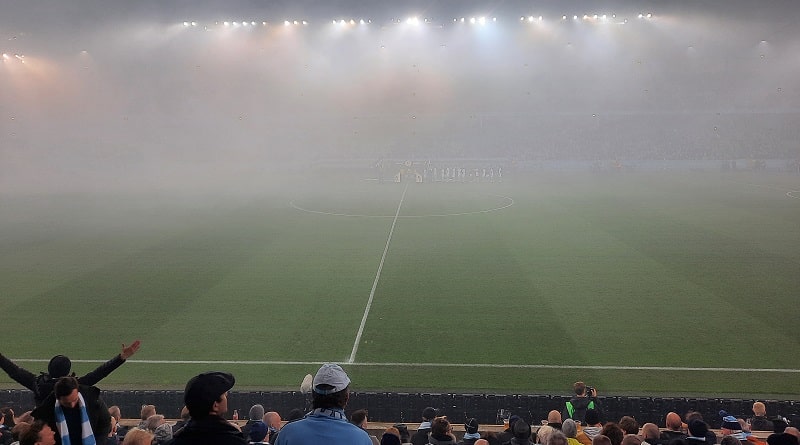 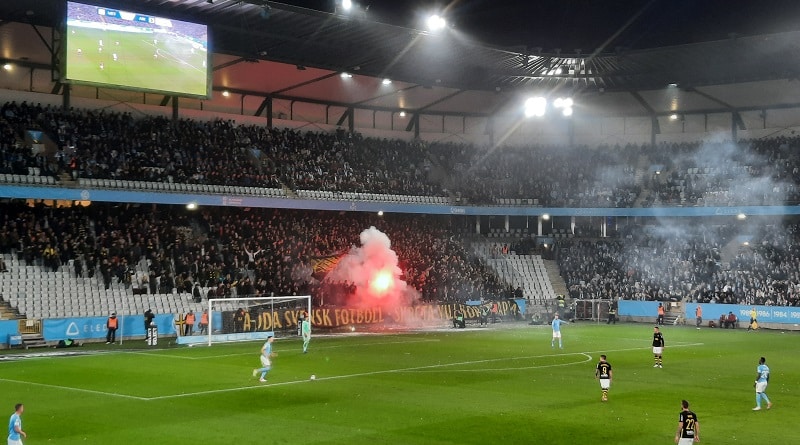 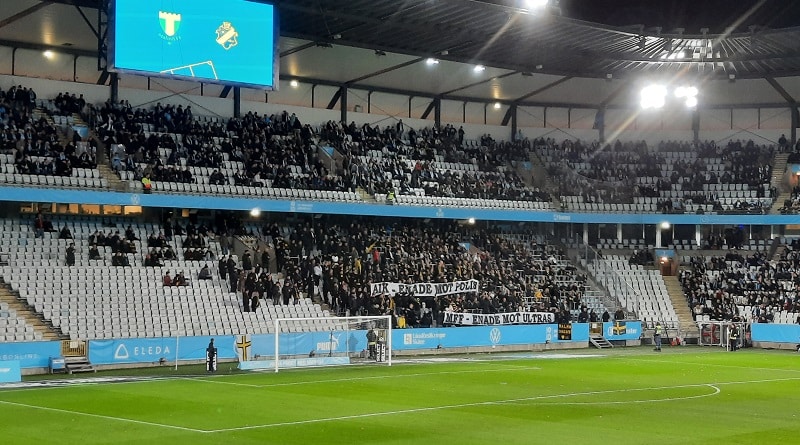 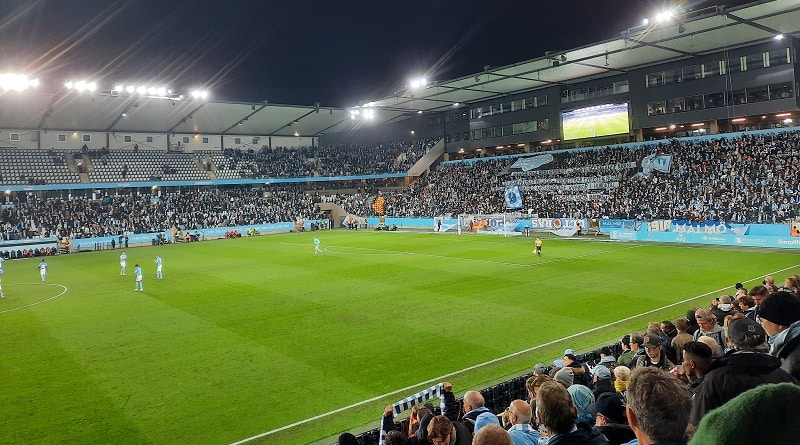 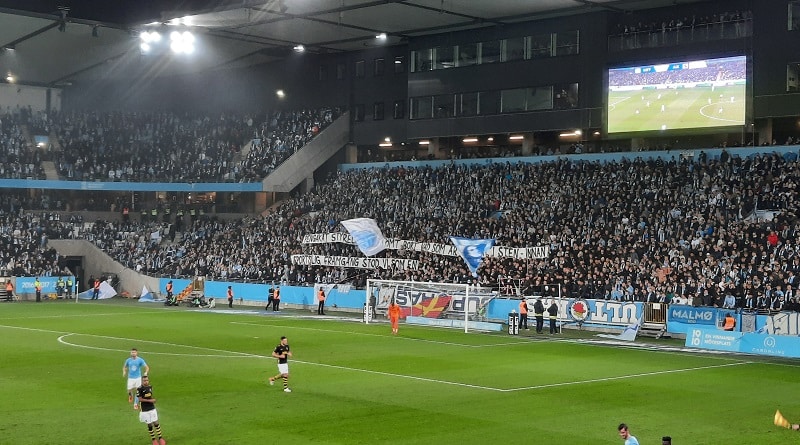 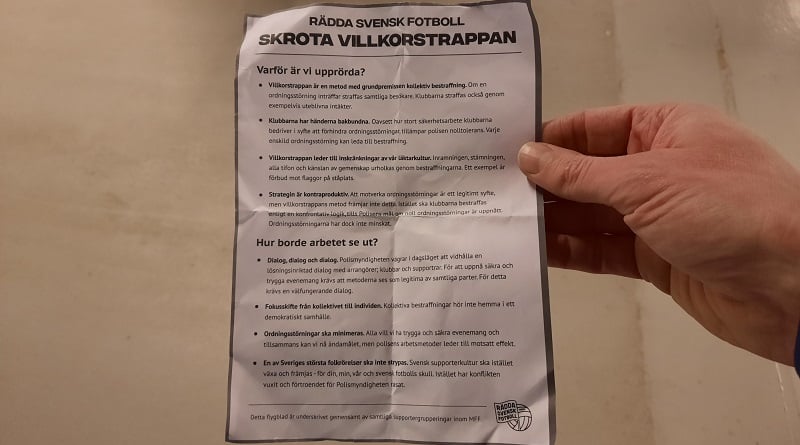 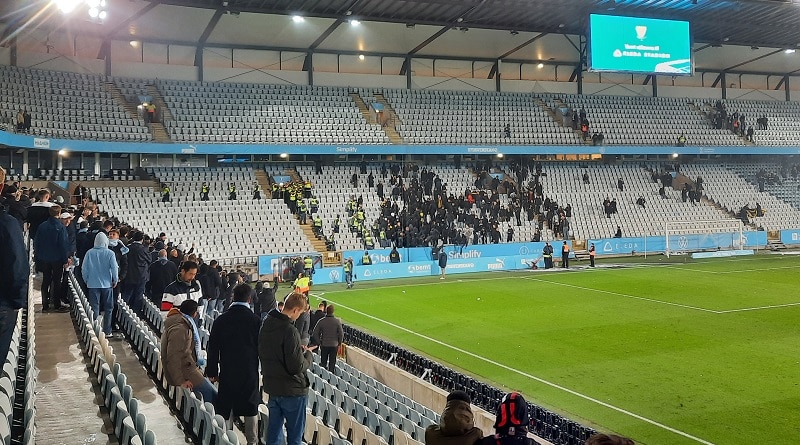 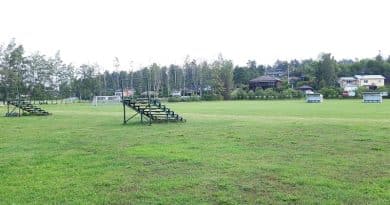 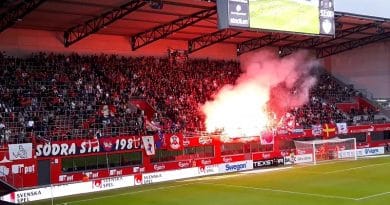 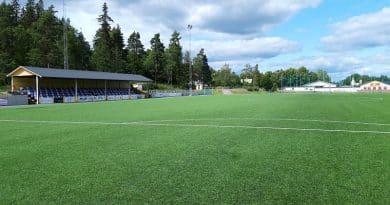