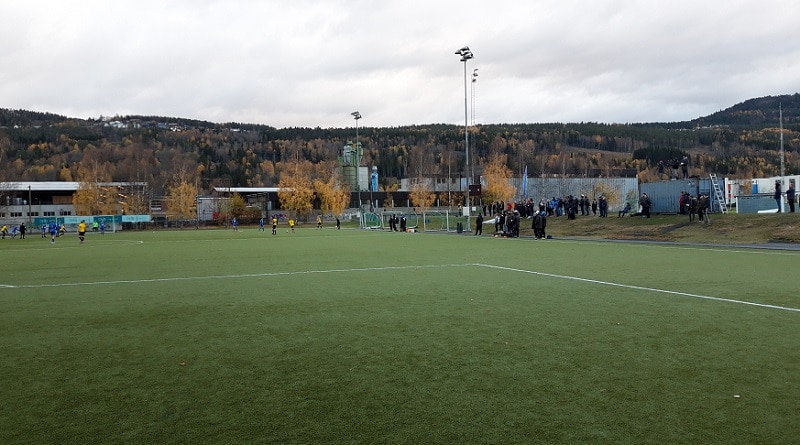 Stadium: Gulskogen Arena
Club: Åskollen FK (The stadium is also used by several other clubs. Including some matches for Drammens FK)
Capacity: 1.500
Surface: Syntethic
Location: At Gulskogen in Drammen
Address: Øvre Eikervei 25, 3048 Drammen
Visited: 27. October 2018. Åskollen FK – Birkebeineren IF 1-2 (1-2) 5. Division (6. tier) Goal Åskollen: Backe Goals Birkebeineren: Akselvoll & Gunnarsson Att: 90
Comment: A cold, but beautiful autumn day at Gulskogen Arena in Drammen. Last match of the season in 5. division Buskerud. A victory would secure promotion for the visitors from Birkebeineren. Everything went as planned and Birkebeineren gained an early 2-0 lead. After that, somehow the visitors lost the initiative. Åskollen worked their way into the match. It was just what they deserved when Backe headed home the 2-1 goal after a corner.

In the second half the hosts opened aggressively. After just three minutes, an Åskollen forward was brought down on his way through. Birkebeineren defender Joachim Andersen was sent off for the professional foul. The following free-kick hit the bar (see video below). Åskollen really pushed for an equalizer and also hit the post minutes later. At this point, the match could certainly have gone either way. Midway through the second-half however, Åskollen substituted their best players. Birkebeineren started to controll the match and held on for the victory. It was a really good match of football. The tension and nerve lasted all the way to the final whistle. Congratulations to Birkebeieneren with promotion!
Club website: www.aaskollen.no
County: Buskerud – Norway 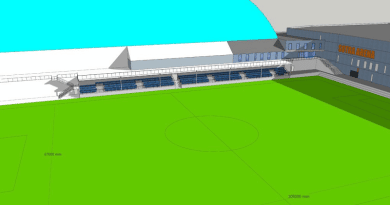 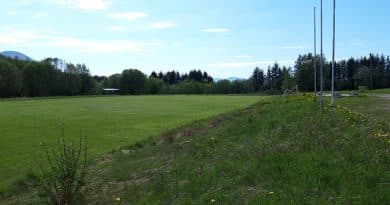 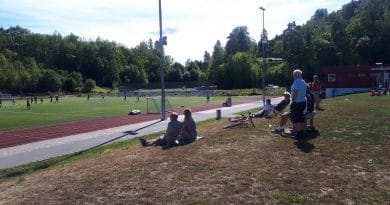