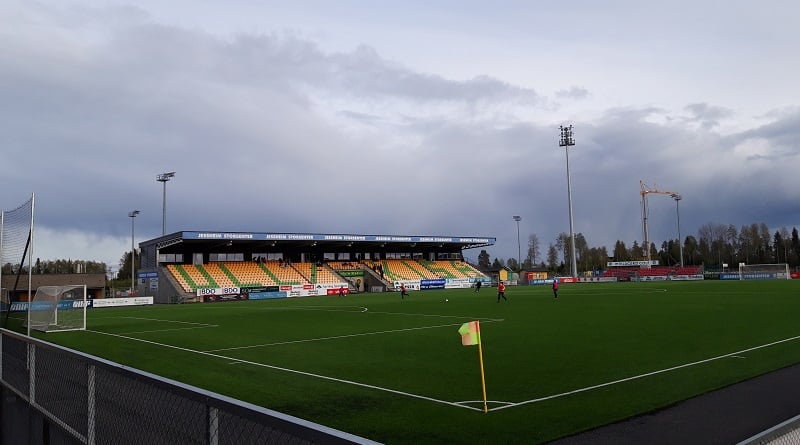 Stadium: Jessheim Stadion
Club: Ullensaker/Kisa IL
Capacity: 4.500 (2.362 seats)
Surface: Synthetic
Location: In Jessheim, just north of Oslo
Address: Aktivitetsveien 7, Gystadmyra,  2050 Jessheim
Visited: 15. October 2017. Ullensaker/Kisa – FK Jerv 7-1 OBOS-ligaen (2. tier) Goals U/K: Sandberg 4, Aalbu 2 & Kaland J: Hagen Att: 560
Comment: Both teams where on the hunt for play-off spots. A defeat for FK Jerv however, would mean that they would have to focus on keeping their place in the OBOS-ligaen in the last games. A rather strange game where Ullensaker/Kisa scored on most attemps, while Jerv missed a lot of chances. A fantastic match by the young Niklas Sandberg, who scored four beautiful goals and was the big difference between the two sides. 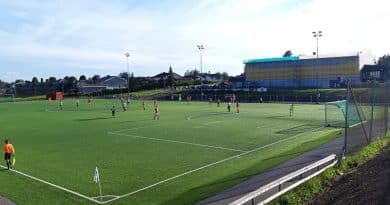 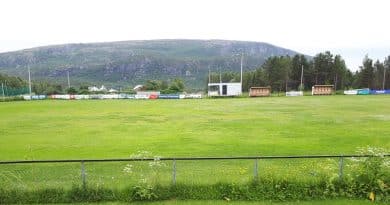