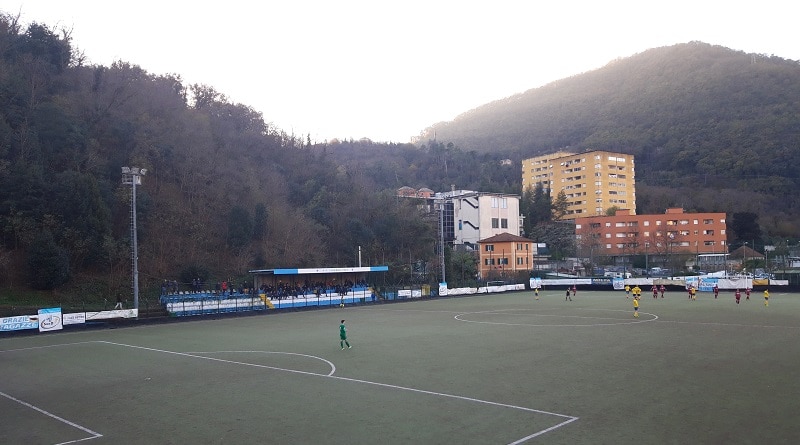 I took an early train from Turin to Genova. To kill some time before the great Derby della Lanterna, I made the short trip just outside Genova to watch local minors Ligorna. Ligorna is playing in Serie D at the fourth tier in the Italian league. I actually thought that was in a kind of hurry, so I took a taxi from the city center. Only do discover that I was one hour early when I reached the stadium. You should actually be aware that there are two different stadiums laying besides each other. As a consequence, the taxi driver took me to the wrong stadium, where there accidentally also was a match to be played. I got a bit confused, but after some conversation with the locals on English/Italian, I found out that I was at the wrong stadium.

One hour early I was lucky to meet fellow groundhopper Noel. We grabbed some beer shared some stories. The match itself was not the best and the conditions were actually quite bad. Both the stadium and the pitch had seen their best days a long time ago. Ligorna where clearly the better side, but did never manage to break down the Milano defense. In the end a goalless draw was probably a fair result. Even though the play was not the best, I can certainly recommend a trip to the lower leagues in Italia. A lot of passion and good atmosphere. After the match we took the bus back to the city center of Genova and got ready for the main event of the day! 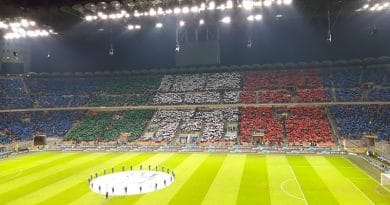 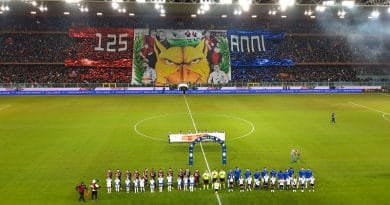