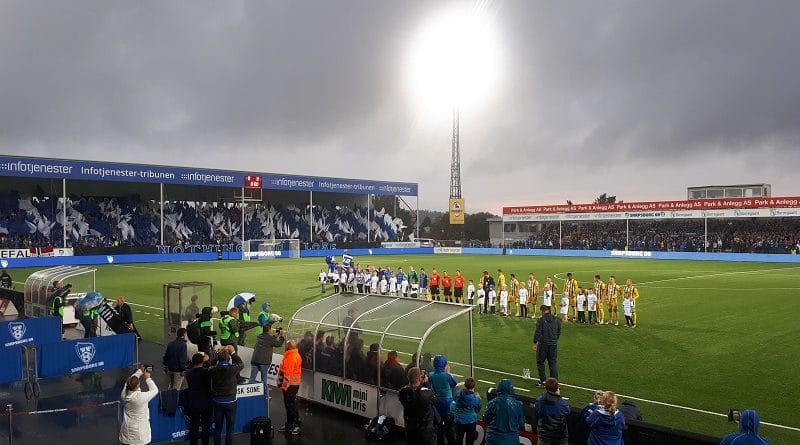 Stadium: Sarpsborg Stadion – Att: 6.636 (All-time high)
Match: Europa League qualification play-off 23. August 2018: Sarpsborg 08 – Maccabi Tel-Aviv 3-1 (2-1) Goals Sarpsborg 08: Heintz, Nielsen (pen), Mortensen (pen). Maccabi Tel-Aviv: Kjartansson (pen)
Comment: Last hurdle before qualification for the Europa League group-stage. A fantastic atmosphere at a packed Sarpsborg Stadion. Sarpsborg with a shocker of a start and 2-0 in front inside the first six minutes! The guests from Israel then worked their way into the game and showed their class. In the end a deserved victory for Sarpsborg, but the guests can count themselves a bit unlucky not scoring a second. Interesting result before the second leg in Tel-Aviv!
Region: Østfold –  Norway 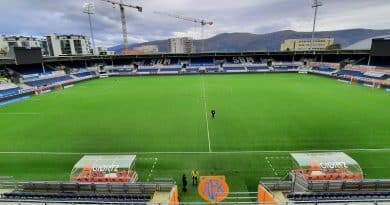 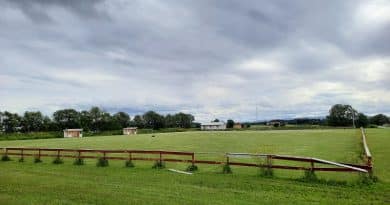 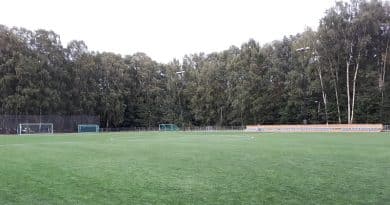