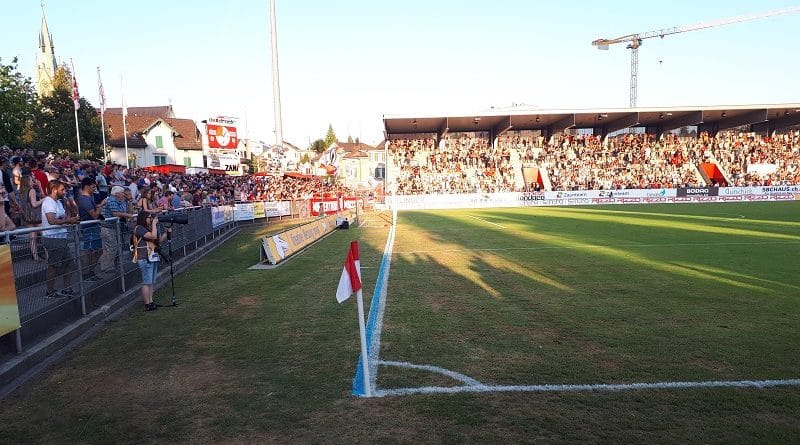 Comment: First match of the new season at Stadion Schützenwiese and a great support and atmosphere from supporters of both teams! A first half with a lot of chances and I still can’t believe why both teams avoided to score. They both hit the woodwork, but 0-0 at half-time. In the second half Aarau started best, but Winterthur showed dangerous on the counter. It was a matter of getting the first goal and when Winterthur eventually broke the dead-lock, the match really opened up. Aarau had to have a go for it, but where punished on the counter and Winterthur finished the match with two more goals. It was certainly great entertainment at Stadion Schützenwiese on a wonderful summers night.