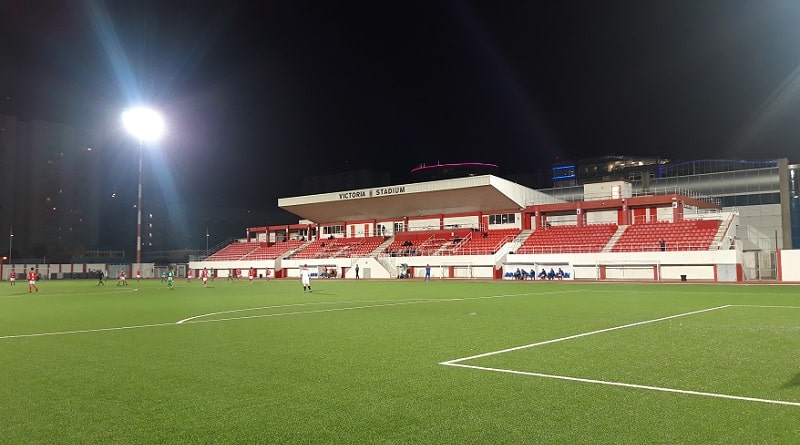 All the senior matches in Gibraltar are played at the Victoria Stadium, a 5000 capacity stadium next to the airport. Meaning no matches in Gibraltar are played at the same time, and you can almost watch football every day during the season. Gibraltar is easily accesable from Spain, but remember to bring your passport. If you ever visit Gibraltar, make sure to also make a trip to the top of the Rock, to visit the monkeys!

On a cold December night, I went to see the match between Europa Point FC  and College 75 FC. At the time, this was the two worst teams in the league. College 75 FC had lost all 11 matches and was rock bottom, Europa Point FC was also strugling and was only one place higher in the table. It was a free entrance and only about 30 people showed up in the stands. As expected, the the bigger club Europa Point FC dominated on the pitch and won the match easily. The goals kept coming and the hosts could easily have scored more than what they did. It was certainly a special experience to watch a match in Gibraltar, but a good one!