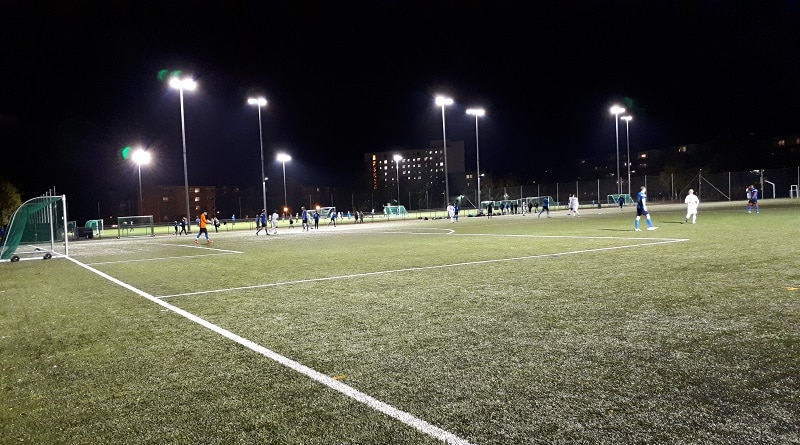 Stadium: Kalbakkenfeltet
Club: Linderud IL (Some other teams also play here, Linderud also play at Linderud Kunstgress)
Capacity: 1.000
Surface: Syntethic
Location: At Kalbakken, east in Oslo
Address: Kaldbakkvn 3, 0953 Oslo
Visited: 08. October 2018. Linderud IL – Bjørvika SK 13-0 (6-0) 9. Division (10. tier) Goals: Owuso 3, Skoglund 3, Boumarouani 2, Halmrast, Fossum, Nguyen, Dagsgard, Tason. Att: 10
Comment: Probably the lowpoint, or maybe the highpoint of my groundhopping career so far. Mondaynight at Kalbakkenfeltet east in Oslo, 10. and lowest tier in Oslo and Norway. Most people would certainly claim they have never even heard of the teams or the stadium. Bjørvika SK rock bottom of the table and by all means the worst team in Oslo. They might even be the worst in the whole Norway. Linderud top of the table and already gained promotion. Anything else than total one-way traffic would certainly be a big upset. It was therefore no surprise when the hosts were 3-0 up early in the first half.

From that on, it was really only a matter of how big the victory should be at. The goals kept coming, mostly due too poor defending, but Linderud definitely showed why they are already promoted. If Linderud manage to keep most of their players, they will certainly be a handful for most teams next season as well. Finally, it ended with a staggering at Kalbakkenfeltet this monday night!
Club website: www.linderudil.no
County: Oslo – Norway 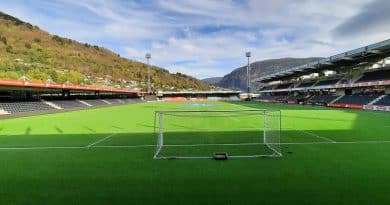 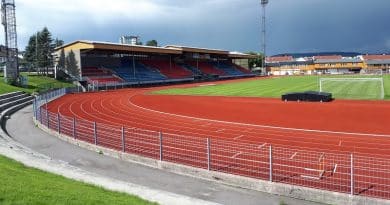