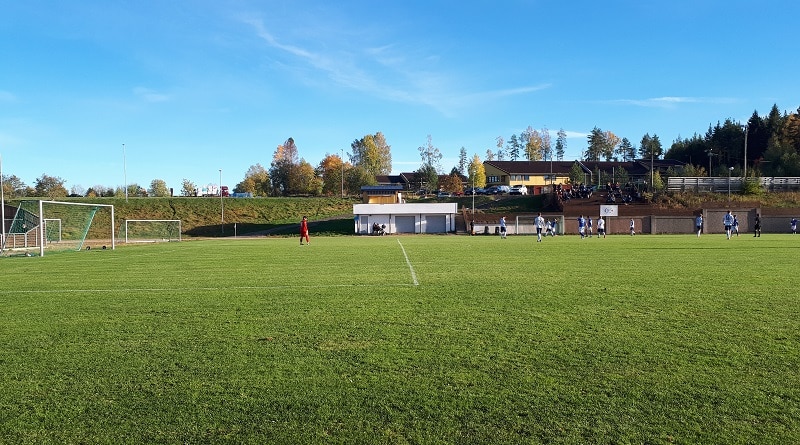 Stadium: Huringen Stadion
Club: Huringen IF
Capacity: 1.200
Surface: Grass
Location: In the village Klokkarstua on Hurumlandet. Some 30 km. southest of Drammen
Address: Knivsfjellveien 2, 3490 Klokkarstua
Visited: 07. October 2018. Huringen IF – Modum FK 0-1 (0-0) 4. Division (5. tier) Goals: Att: 40
Comment: Second placed Modum FK against second from bottom, Huringen IF at Huringen Stadion. Top against bottom, therefore I expected this match to be more or less one-way traffic. I could probably not have been more wrong. Because the match actually turned out to be a very tight contest. It was far between the chance and even though both teams fighted hard, the match really was lacking quality. As a result, the teams went into the brake at 0-0. In contrast, in the second half the guests gradually started to dominate. It was nothing but fair when the visitors got the break through ten minutes from time. It was a goal worth winning any game. Jan Hugo Vang Simonsen hit the bottom corner with a beautiful volley from about 20 meters. After the goal it was no way back for Huringen and Modum ran out deserved winners
Club website: www.huringen.no
County: Buskerud – Norway 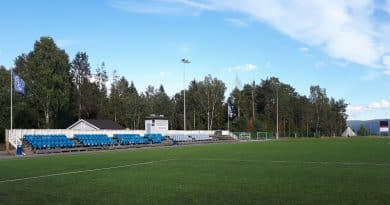 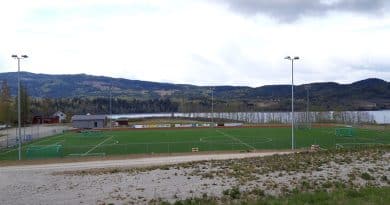 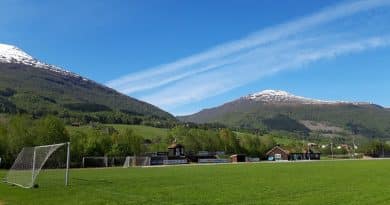