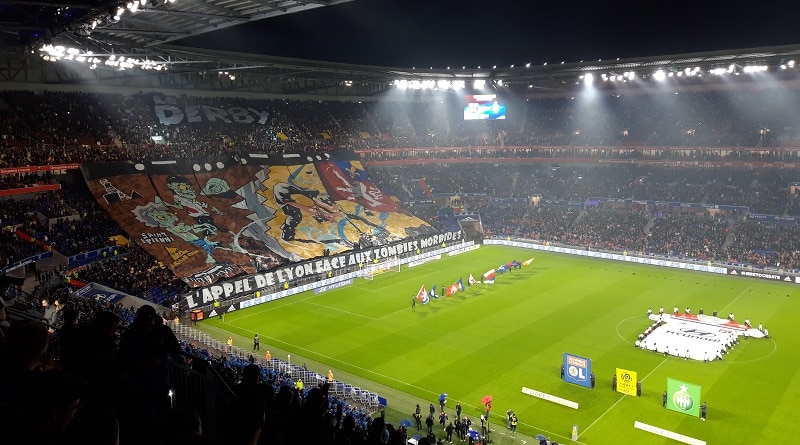 Comment: My first clubmatch in France. And what a match. The great Le Derby! Olympique Lyonnais against their archrivals AS Saint-Etienne home at the Groupama Stadium. Unfortunately has this derby been hit by a lot of crowd trouble over the past years, so awaysupporters where banned from this match. Luckily that didn’t affect the atmosphere of the match. Already hours before the start of the match the fans literary fired it up. The trainstation next to the stadium looked like a warzone with all the pyros and explosives. Inside the stadium it was more controlled, but the fans really made a big statement with some fantastic tifos.

The match itself was a high tempo encounter. It was really a game of two halves. The visitors probably deserved a lead going into the interval. After the break Lyon stepped up and got the winner through a header from Denayer. In the end it was a game that could have gone either way. Hopefully in the future, the fans and the police can work it out so both sets of fans can attend the stadium. Le derby is certainly a derby well worth visiting!