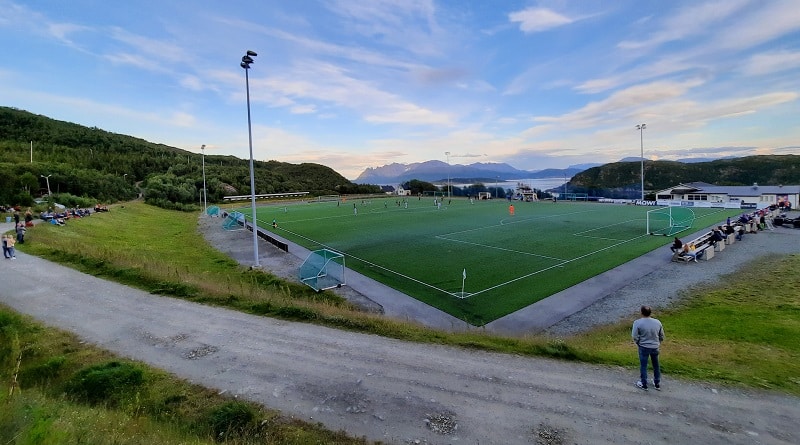 Skjervøy is a small fishing town of about 2500 inhabitants on the island Skjervøya in Northern-Norway. The local ground Lerøy Stadion is sponsored by the towns large fish-factory Lerøy. The stadium is fantastic situated on top of the town, with a wonderful view of the sea and the nearby islands. This is really a hidden groundhopping gem that I can highly recommend!

I flew to Evenes and then took the long drive up north to Skjervøy. I finally arrived in the nice town and went straight up to the stadium for kick-off. Skjervøy IK welcomed the visitors from the reserves of Northern-Norway giants Tromsø. In nice weather, about 150 people turned up for this friday night match. On the pitch is was an even affair. But in the end the young Tromsø players had a bit more quality in the final third. It ended 0-2 and Tromsø 2 could bring home the three points from Lerøy Stadion. 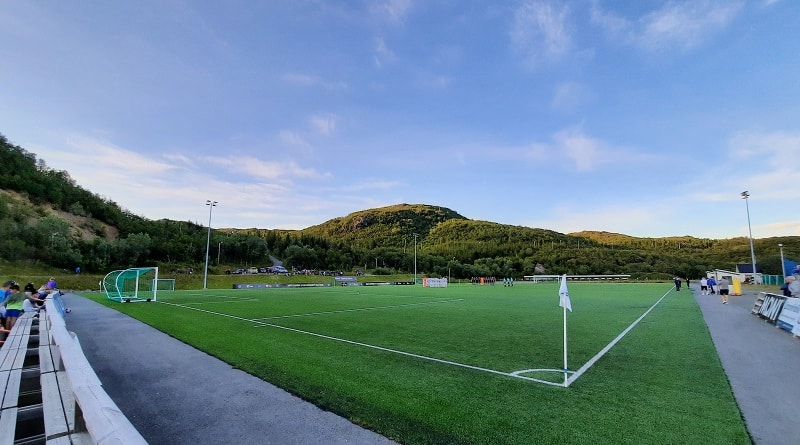 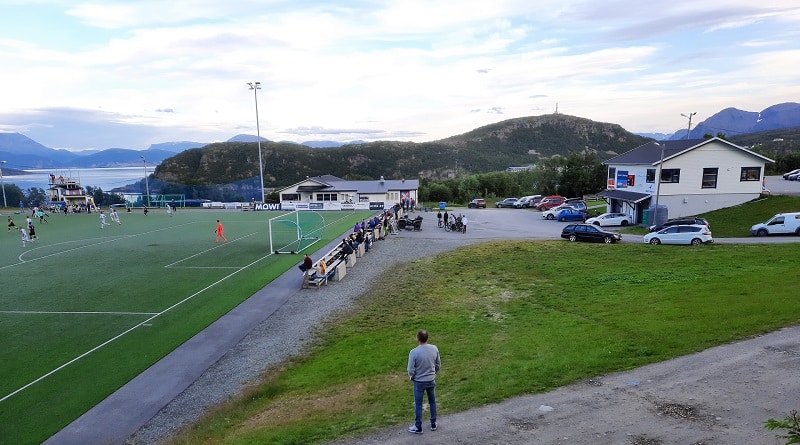 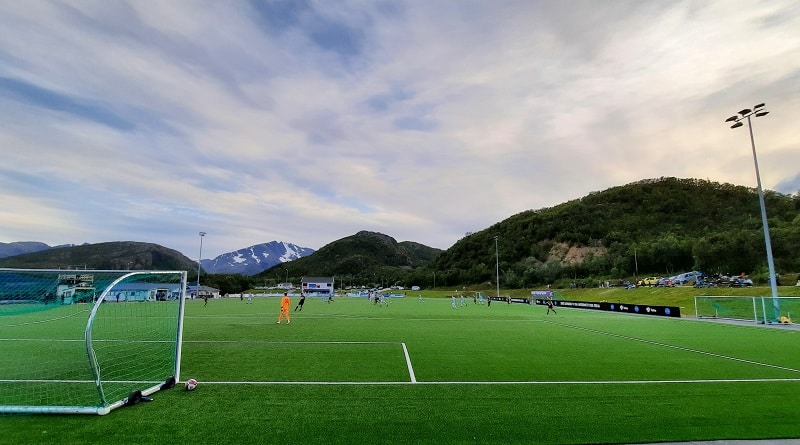 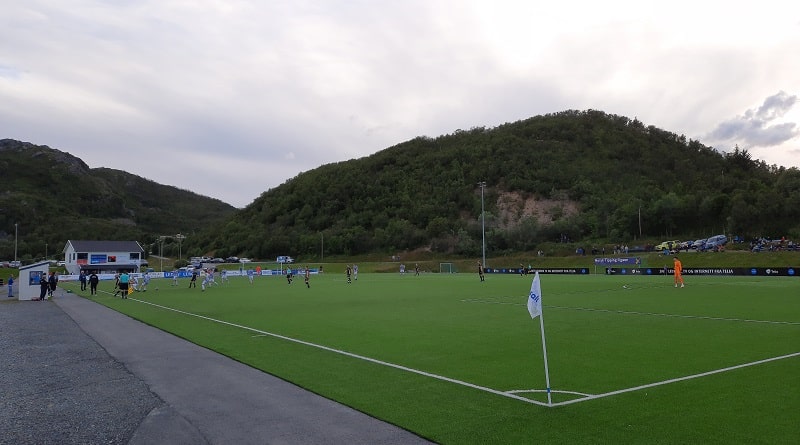 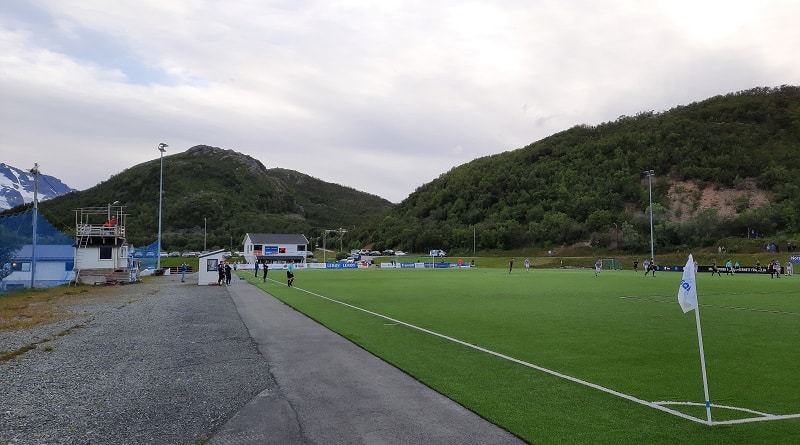 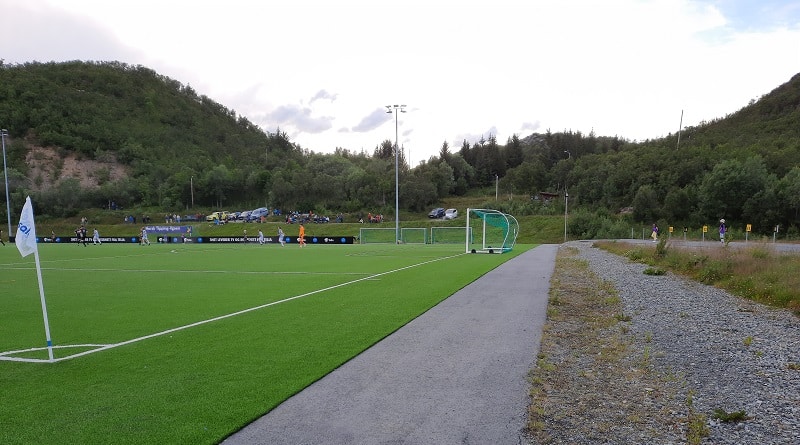 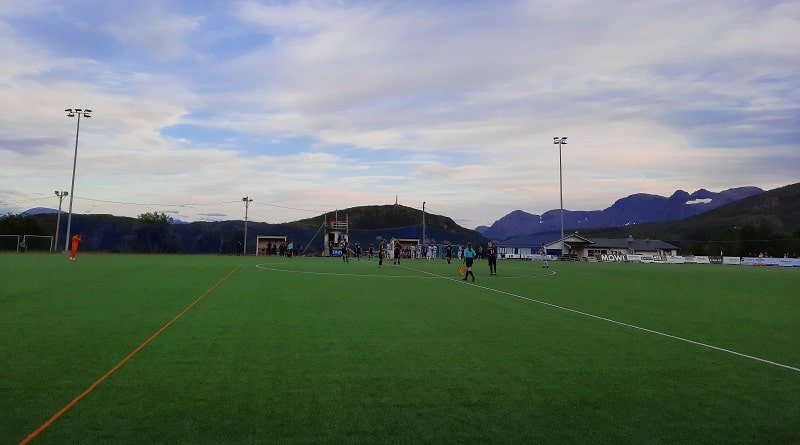 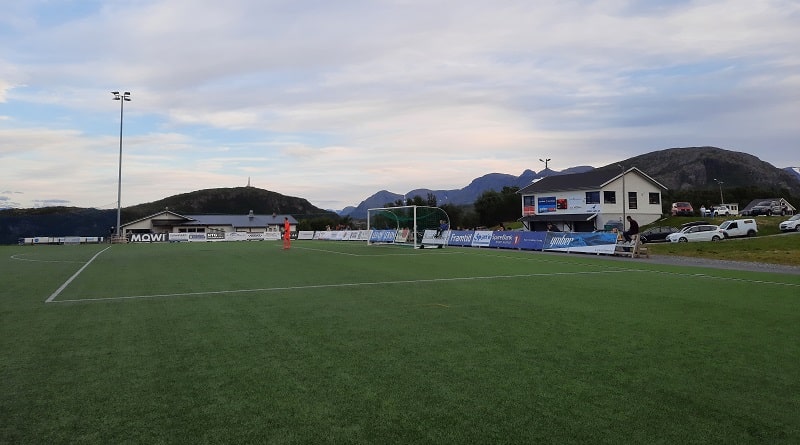 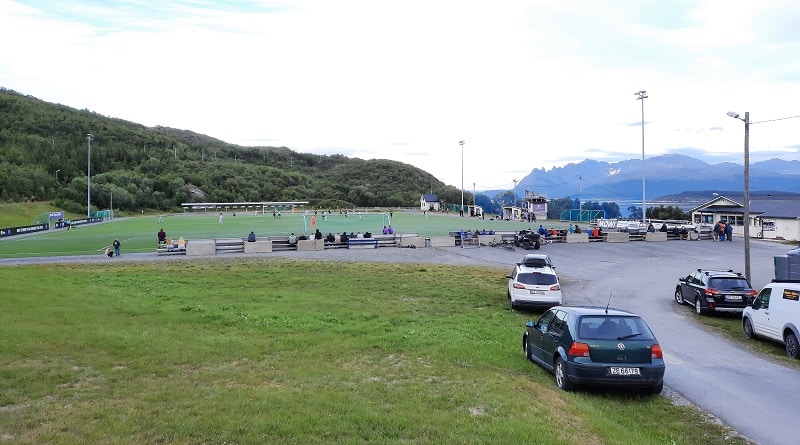 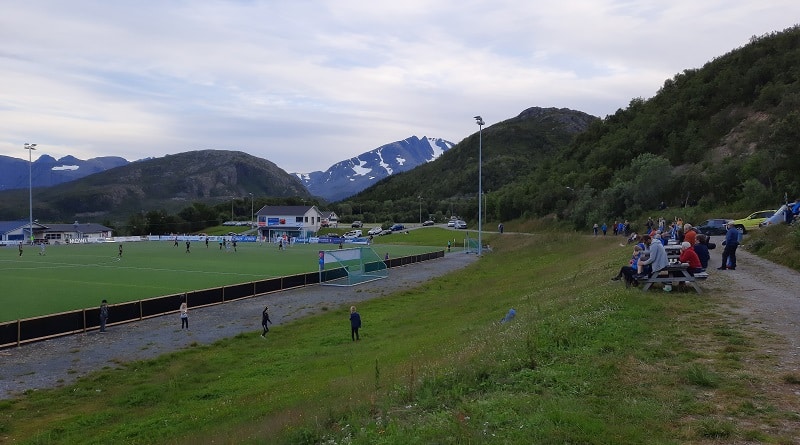 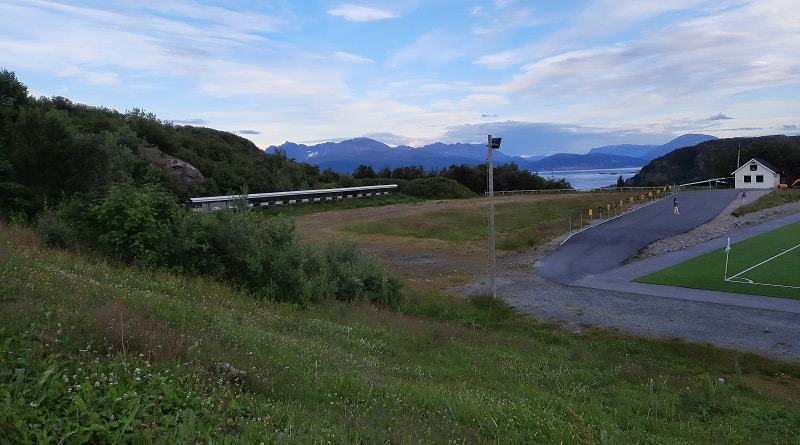 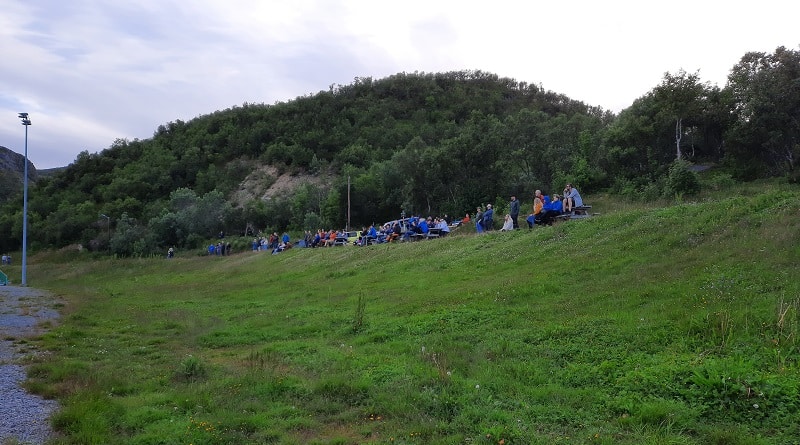 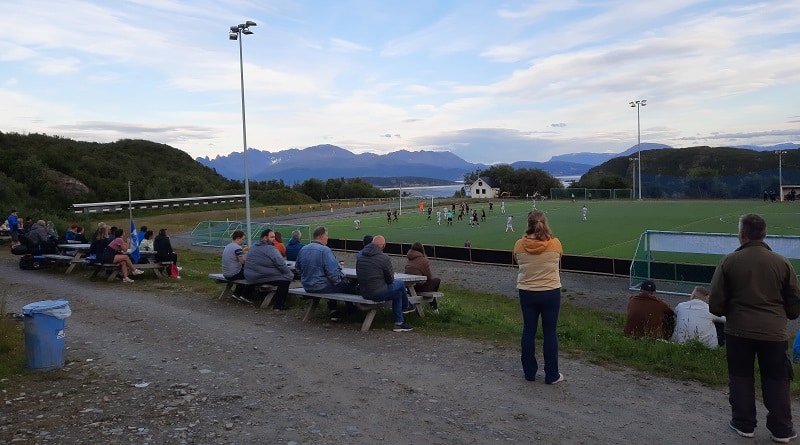 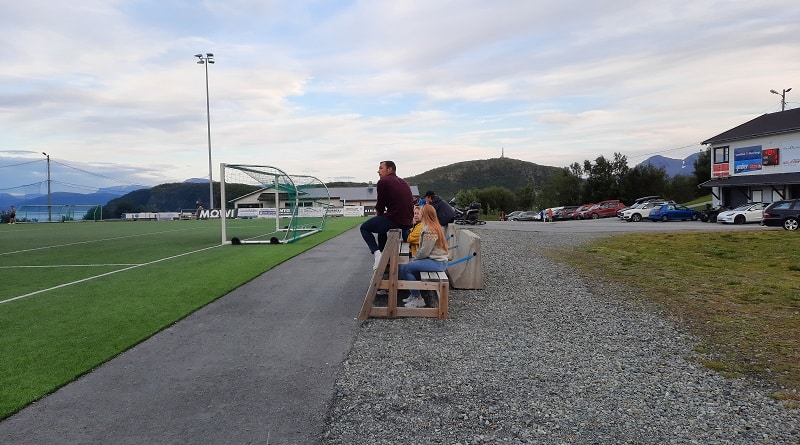 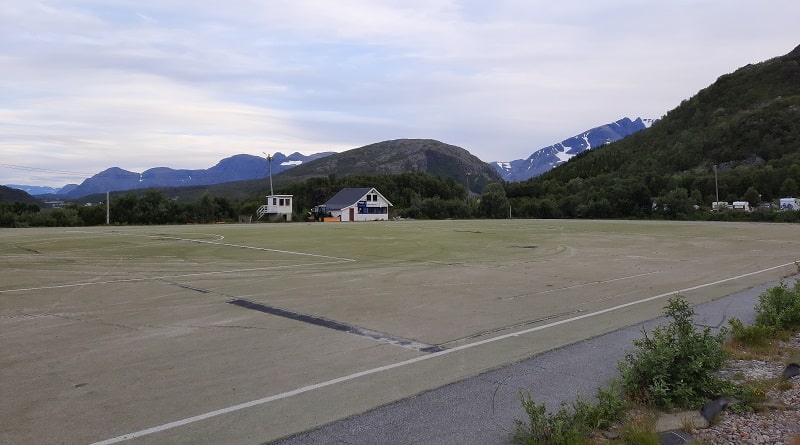 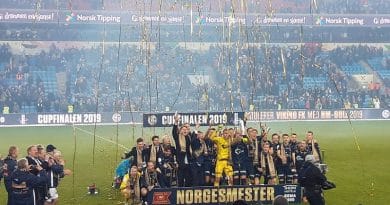 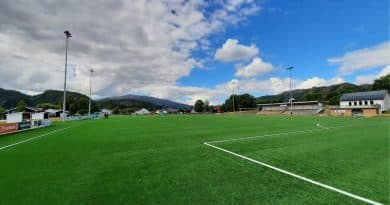 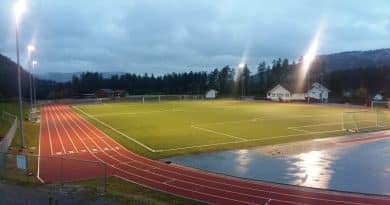