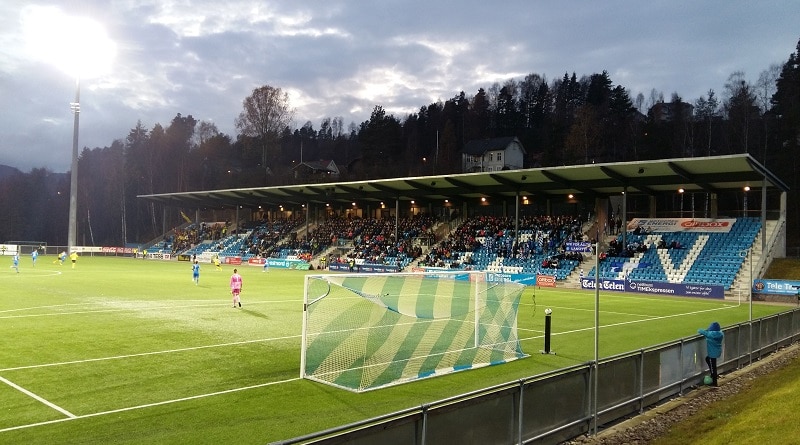 Second leg of two matches between the sides. The winner would earn the chance to play a final play-off round against the number 14. placed team in the OBOS-ligaen. As the first leg at Raufoss ended with a narrow 2-1 victory for the home side, it was certainly all to play for in this match.

Like the first match, it turned out to be an evenly contested match. Notodden went in front shortly before the interval, after Eric Kitolano got a penalty which Erik Midtgarden converted (see video below). Shortly after the break Notodden doubled their lead at Notodden Idrettspark. Right back Even Johansen finished off a well worked attack. Raufoss was in desperate need of a goal and brought on the veteran Petter Senstad. In added time the legend Senstad stepped up and scored a wonderful free-kick goal (see video below). The goal sent the match to extra-time.

Nobody managed to score in the extra-time at Notodden Idrettspark and the tie had to be decided on penalty. Raufoss goalkeeper Ole Lauvli was the only player to miss, as he saw Notodden goalkeeper Nils Johansson saving his effort. Erlend Hustad then sent the Notodden players and fans into the seventh heaven, as he converted the deciding penalty. (see video below) Notodden FK will now play the number 14 placed side in OBOS-ligaen in a two-legged. The winner gets the last spot in next years OBOS-ligaen. 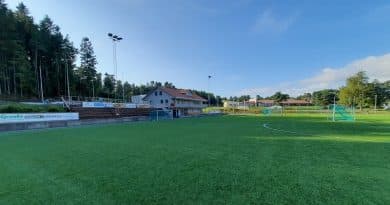 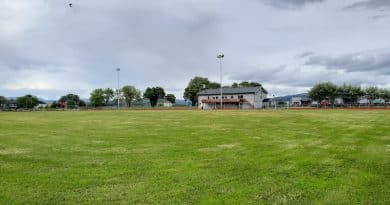