Comment: It was windy, but rather nice playing conditions when B68 Toftir welcomed the SKÁLA reserves to Svangaskarð. Not too much to play for as B68 already had secured promotions and SKÁLA II was sitting comfortably in the middle of the table. As a result, the tempo of the match was rather slow. Both teams where certainly most interested in ending the season and looking forward to next year. B68 probably wanted it the most in this match and ran out deserved winners in the end at Svangaskarð. 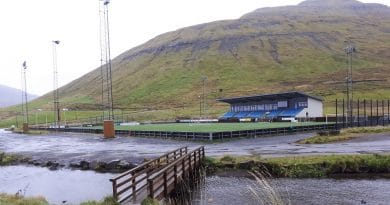