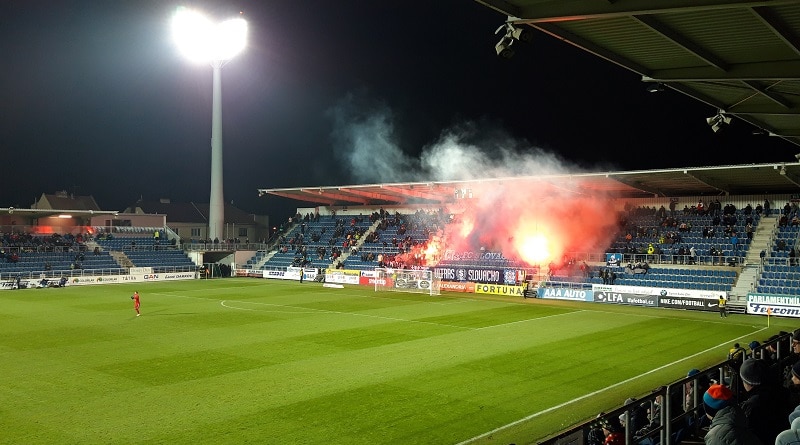 On my way from Ostrava to Vienna, I made a stop in the city of Uherské Hradiště southeast in The Czech Republic. The local club 1. FC Slovacko playing in the top division took o the visitors from Dukla Praha. The visitors sat rock bottom on the table, while the hosts were only a few places higher in the table. Important points were on stake. 1. FC Slovacko plays on the beautiful Městský stadion. Famous for its special floodlights and with a capacity well suited for the size of the city.

I visited the ground on a cold December day. The stands were only half-full, but the crowd did their best to support the home team. An early lead for the hosts really helped! All in all a nice little match and som good support and pyro shows from the 1. FC Slovacko ultras. The five visiting supporters from Prague didn’t do too much and had to travel home without any points this time. 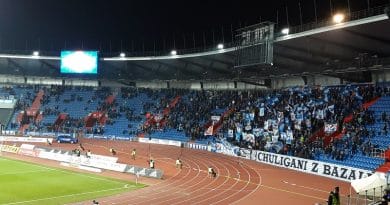