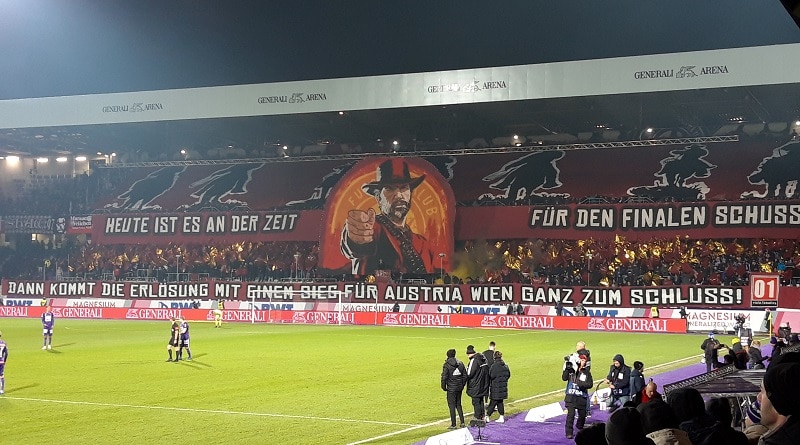 The great Wiener derby. This is probably the biggest match in Austrian football. The two Wiener giants are bitter rivals and there have been some serious crowd trouble in recent matches. The security level was high with a lot of police. Unfortunately, the Rapid fans denied access to the stadium after an incident on the nearby motorway. As a result, a whole section in the stands were empty. It was up to the Austria fans to deliver, and they really did. A great tifo prior to the match and also a nice pyro show at half time. On the pitch the match was even until Austria got three goals in the last ten minutes of the first half. After that. the hosts controlled it and the party was on at the Generali Arena. It was certainly a memorable Wiener derby, but I missed the Rapid fans! 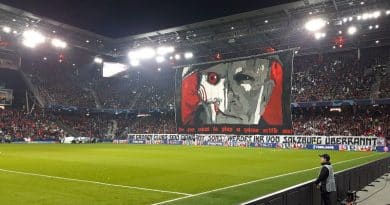