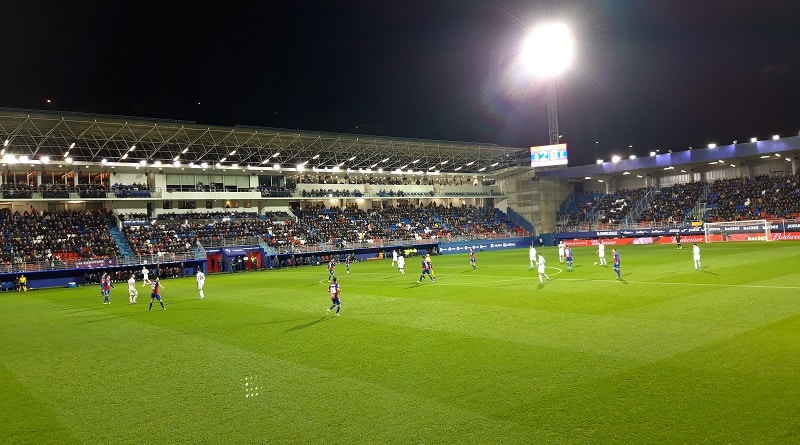 The city of Eibar is located in a narrow valley in the heart of the Basque country, north-east in Spain. Against all odds, this small city has managed to get a LaLiga side. The city of Eibar only has about 27.000 inhabitants and SD Eibar is considered as the second-smallest club to ever having played in the Spanish top-division. The club plays its matches at the Estadio Ipurua, located only a ten minutes’ walk away from the city-center. You may even take the outdoor-escalator some of the way! The stadium is a fantastic newly refurbished small intimate ground. With the seats in the stands actually only about 3 meters away from the sidelines.

I went to Eibar for a Friday-night LaLiga match against Granada. Although the rain was pouring, as it often does in the Basque Country, the atmosphere in the city-center was great prior to the match. After some beers and some tapas, I made the short walk to the Estadio Ipurua. I cannot praise this stadium enough. Great viewing from the stands, extremely intimate so you could almost feel the heartbeat of the players and perfect size for a club like SD Eibar.

On the pitch SD Eibar did what they are best of. With the high pressure and very direct playing style, they fought their more well-known counterparts out of their style. In the end it was a very deserved victory on front of an extremely enthusiastic crowd. In other words, it was certainly not the worst way to spend a Friday-night! 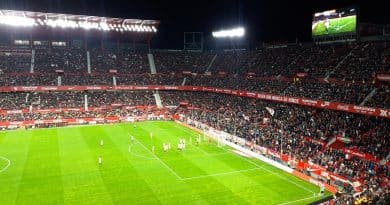 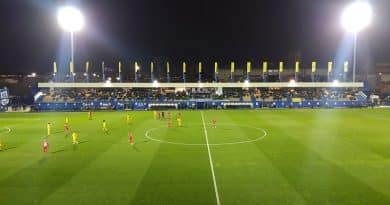 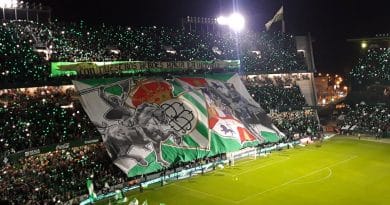