Stadium: Altaparken Stadion
Info: Big plans going on up in Alta, Northern-Norway! Alta IF has started a massive project of redeveloping the old Alta Idrettspark into a new center of sports. The plans were originally published back in the start of 2019. The project will include the building of a kindergarten, shops and apartments. In addition to the sports facilities which includes a beach-volleyball court, basketball court, tennis courts, paintball court, frisbee court, a handball arena and a football stadium. Total cost of the project is estimated at around 87. million NOK. It will take about seven years to complete the project. The plan is to build apartments on the ground of the old synthetic football pitch and then sell them. After that, they can go ahead with the stadium.

Club: Alta IF (The senior team today play the matches in the indoor-arena Finnmarkshallen. They will move to the new stadium when it is completed)
Capacity: TBA
Surface: Synthetic
Location: Just south of the city center of Alta, the largest city north-east in Norway
Address: Aronnes, Alta
Visited: 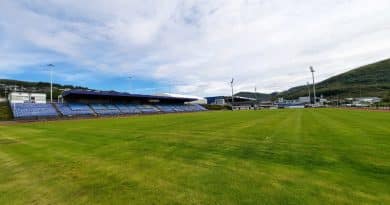 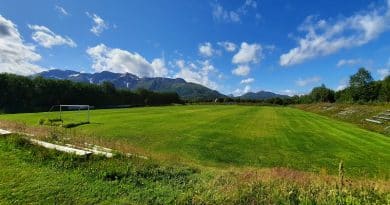